United Kingdom, 1947 - Equipped with two powerful Centaurus engines the Ambassador flew for the first time in 1947. Design studies had started in 1945. The wide body, high wing and roomy, quiet interior instantly made it a public's favorite. Passenger capacity was adaptable and ranged from 28 to 50 seats. The Ambassador drew much attention because of its clean lines. Twenty went into BEA service from 1951 to 1957, where it proved to be a very economic aircraft, especially on the short routes. Dan-Air still operated the Ambassador in 1971. 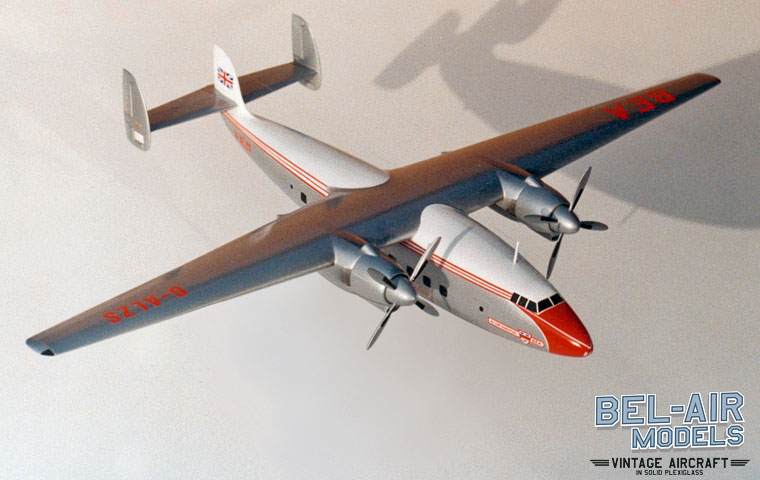