Union of Soviet Socialist Republics, 1947 - After the war O.K. Antonov started design studies for a new aircraft that should have a roomy cabin to house all sorts of payload, but mainly pesticide tanks, freight, passengers and cattle; a short take off attitude; steerable at very low speeds; very robust and fly well under different circumstances. It was finished in the same year the studies started and turned out to be the most reliable workhorse behind the Iron Curtain for many decades. Initially regarded in the West as an obsolete anachronism, this modern biplane appeared in many configurations in large quantities (over 18.500 built) in all the East Block countries. The successful transport aircraft still flies and is popular with parachutists in East and West nowadays. The model is available in all possible configurations, military and civil. 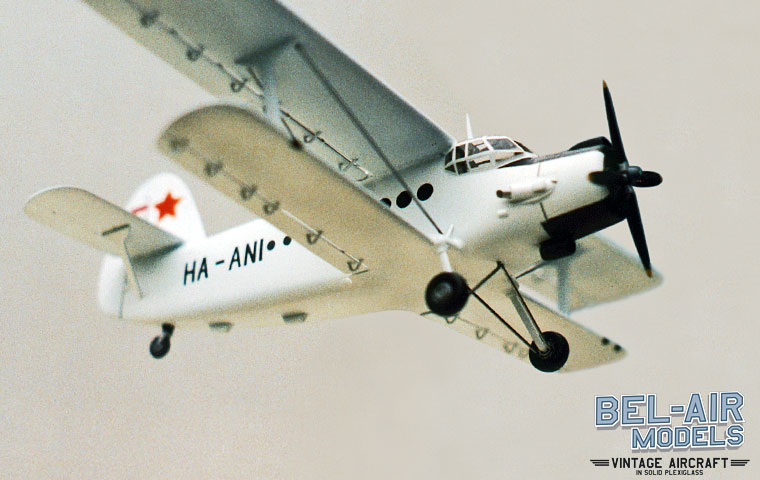