United Kingdom, 1945 - The Tudor was the first airliner with a pressurized cabin after World War Two. Its quick appearance was made possible by use of the Lincoln bomber wing and engines. It was a very promising and good looking type, but it turned out to have a very unfortunate career; a series of accidents and changing customer requirements being the main reasons. The many modifications didn't work out and theTudor ended its days as a cargoplane. The model represents the British South American Airways 'Star Leopard', the lengthened version of the original Tudor I. 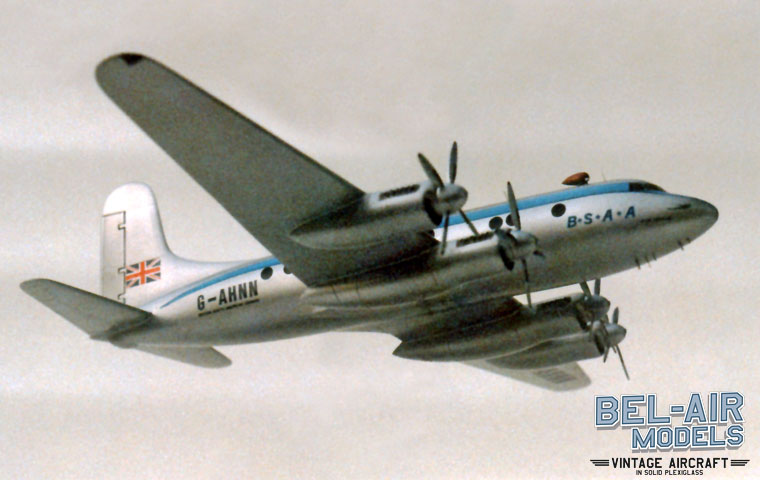