United States of America / Sweden, 1944 - At the end of  World War II a number of U.S. Air Force B-17's made emergency landings in neutral Sweden after being damaged by German flak above Berlin. Seven of these bombers  were converted by SAAB for civilian use. The country's airline ABA had lost two DC-3’s to German fighters while flying the hazardous Sweden/Scotland routes and needed replacement. A solution was found by the U.S. Air Attaché Col. Felix Hardison who offered the seven B-17’s to the Swedish government in exchange for the release of interned American airmen. The converted planes were called 'Felixes' after the Colonel's first name.  Five of them went to the Swedish airlines ABA and SILA and two were sold to Denmark. In order to accomodate the repositioned radio room, the forward fuselage was extended. The 'Felixes' could carry 14 passengers.
The model represents the Danish 'Felix' OY-DFA called 'Stig Viking' (ex USAF 232076 'Shoo Shoo Shoo Baby'). 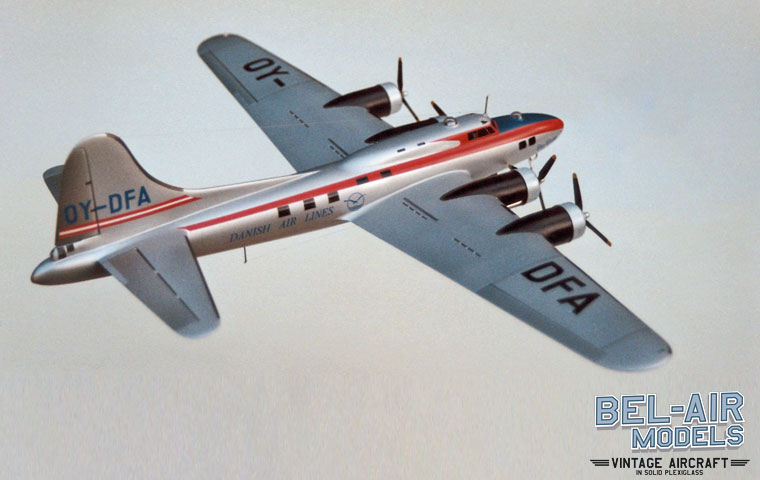