United States of America, 1982 - The first CSaravan flew in 1982. It was claimed to be the first all-new single-turbo prop aircraft designed for the utility role to attain production status. Federal Express was the first customer to order large quantities. The succesful plane has been used in roles such as aerial firefighting, agricultural spraying, aerial photography, supply dropping and aeromedical applications. It has also been popular with skydivers. The model represents the paradropper PH-JAS as it is still operating for the Paracentrum Texel, Holland. 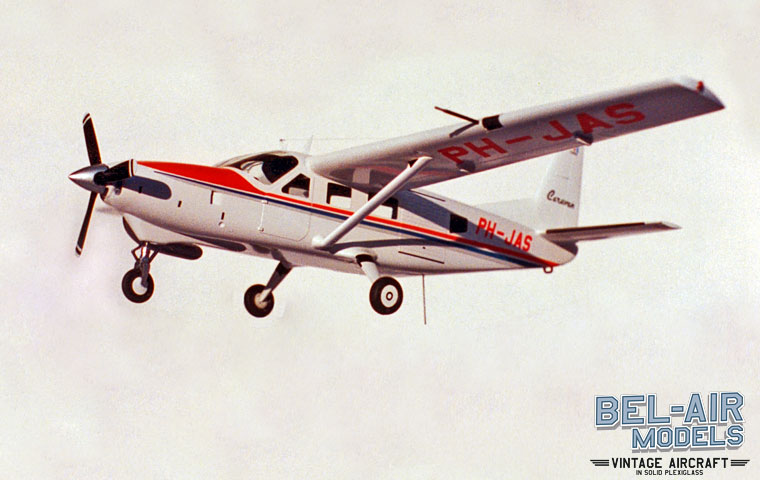