France, 1933 - The young French designer René Couzinet built a spectacular and fast three engined mail plane at the age of 23, in 1928. This first 'Arc en Ciel' was lost on trials and was succeeded by a new design along the same lines and slightly bigger. This type was marked by the typical fin; an extension of the fuselage. From the start it was meant to fly across the Atlantic. The aircraft did the maiden flight of Aéropostale's South America route and flew the distance Senegal-Brazil in the remarkable short time of 17½ hours, piloted by Jean Mermoz. The aircraft of which only one example was built, kept on flying the mailroutes across the South Atlantic for many years thereafter. 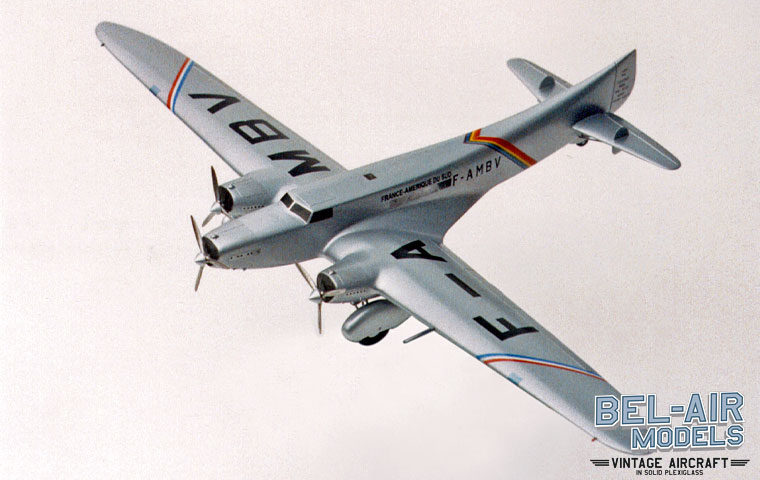