United Kingdom, 1919 - Soon after WWI the need for commercial aircraft developed rapidly. Only a few manufacturers such as Westland and B.A.T. in England and Fokker in the Netherlands were in time to create their commercial planes, but many factories just adapted military aircraft to the new needs. Initially Geoffrey De Havilland's firm Airco changed their DH-4's and DH-9's into cabin biplanes, but very quickly thereafter the DH-16 was developed as Airco's first purely civilian type. The widened body could carry 4 passengers and was far more economical than its predecessors. It was the Eagle powered DH-16 G-EALU which flew the first scheduled service for KLM between London and Schiphol on May 17th, 1920, piloted by Capt. H. 'Jerry' Shaw. The type became extint quite soon as the last of the nine examples built, was lost at Stag Lane in January 1923. 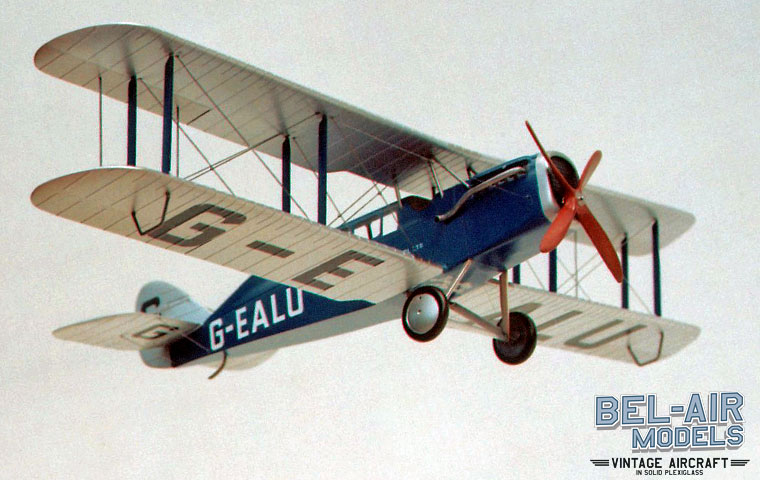