United Kingdom, 1934 - The elegant DH-86 was the big sister of the famous Dragon and Dragon Rapide, but was constructed to more stringent specifications. The four Gipsy Six engines should deliver extra horse power for safety reasons, as the type was conceived for the dangerous air route between Singapore and Brisbane. The demanding weather conditions also led to structural reinforcements. The Express was succesfully used by a number of airlines in England, Australia and New Zealand. 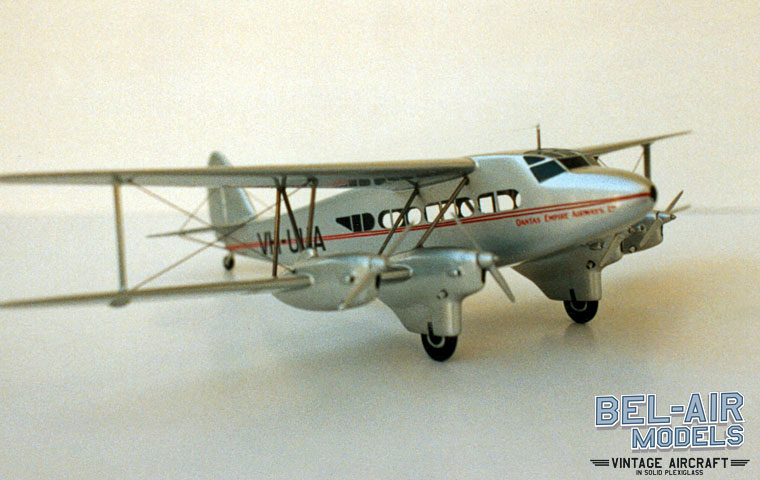