Germany, 1925 - The Dornier Merkur stemmed from the Komet series of the early 20's. Many of the later Komet III's were converted to Merkurs, but the original DO-B was a somewhat different type with an enlarged vertical tail, an unbraced tailplane and large cut-out in the wing's center section. With the crew in the open air, the Merkur was used by many airlines and was licence-built in Japan. The largest Merkur operator however was Lufthansa, with thirty in service. The Merkur made a number of record flights and was the first aircraft to cross the Caucasian Mountains. 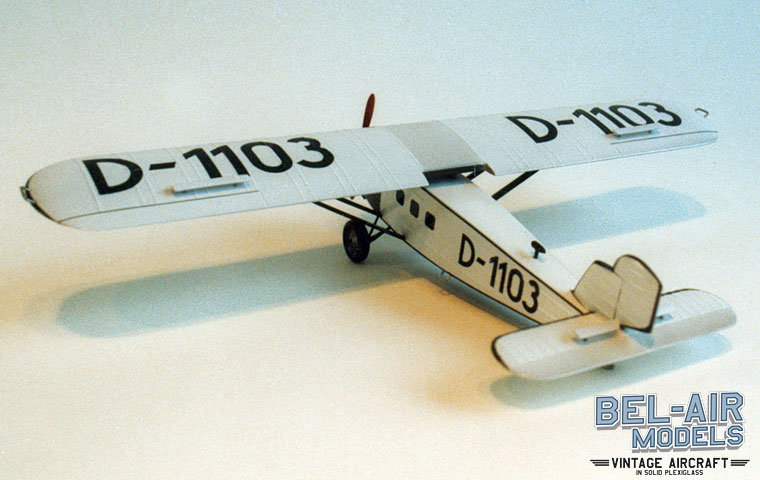