United States of America, 1933 - The DC-2 resulted from a design competition as a reaction to the birth of the Boeing 247, an all metal low wing monoplane airliner. Jack Northrop's Delta and Gamma were the basis for the DC-2's structural design. It carried more passengers than the Boeing and was an instant success, not the least reason being its entrance by the KLM in the McPherson-Robertson Race in 1934, where it won the first prize in the handicap section. It finished right behind the specially designed race aircraft DH-88 Comet. KLM was one of the first airlines that realized the advantages of the Douglas concept. The model is this KLM winner. 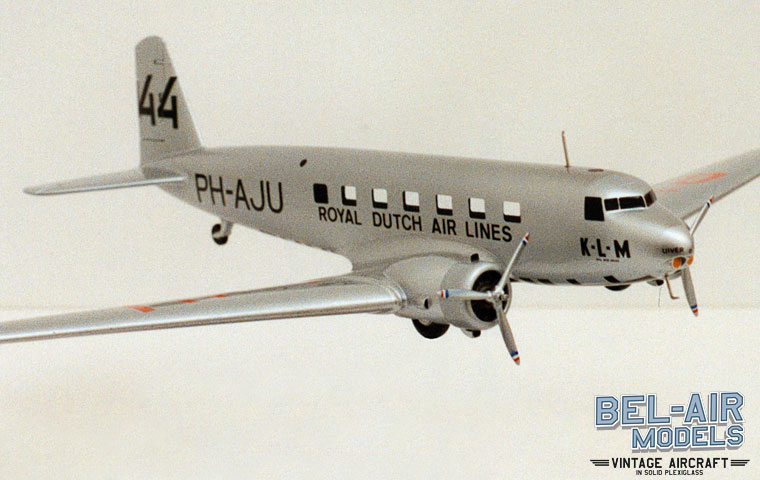