United States of America, 1939 - The need for a feederliner with good ground manoeuvrability led to the design of the DC-5. The outbreak of the Second World War disrupted the full production of this type, yet twelve were built. Only four of these were commercially used by KLM in the East and West Indies. The model is available in the two different versions that were in use. 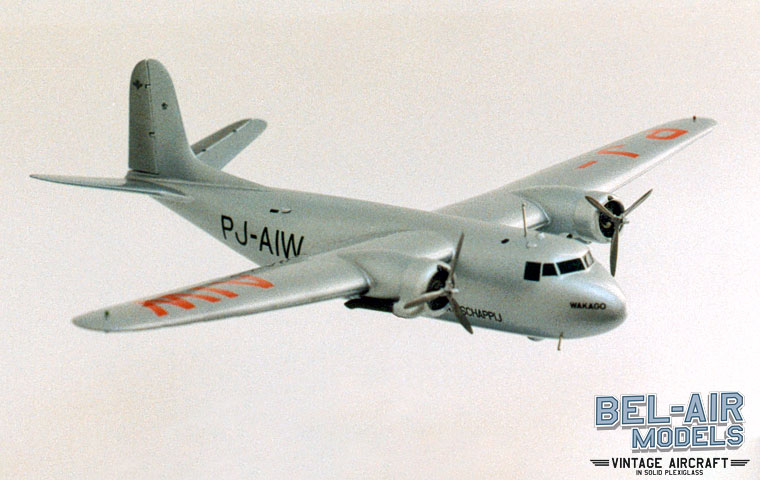