France, 1923 - The Jabiru, called after an exotic bird, was undoubtly one of the most peculiar airliners of the pre-war period. It was derived from the legendary Goliath with which it shared the panoramic view from the cabin front. The clipped wing of elliptic form stood high on a massive fuselage that carried nine passengers, not the pilot. He was situated on top of it all in the wing's leading edge. The four engines were placed in two tandem pairs at each side of the cabin at the end of an artificial winglet that also served as the basis for the landing gear. This odd looking colossus however, managed to win several competitions for transport in France and was considered revolutionary in its days. One, two and three engined versions were derived from this Jabiru that mainly served the Northern and Eastern European routes. 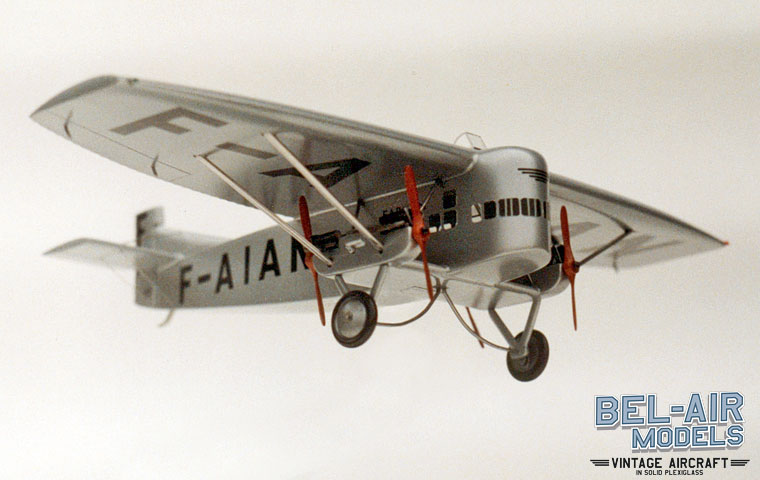