United States of America, 1927 - With a crew of four (George Noville, Richard Byrd, Bert Acosta and Bernt Balchen) the heavily loaded 'America', a redesigned Fokker F.VIIa/3m, started its Atlantic crossing on June 29th, 1927 from Roosevelt Field, New York. When reaching the European coast after a flight of 46 hours, heavy rain, fog and darkness hit the plane. After a number of vainly efforts to find Paris, Balchen took over from the fatigued Acosta and ditched the plane into the coastal waters near Ver-sur Mer, France. There the four men were assisted by a group of affectionate farmers and fishermen. The first airmail from the other continent was picked up by the Ver-sur-Mer post officials who guided the crew to Paris where they met sympathetic admiration. The aircraft was lost in the surf. 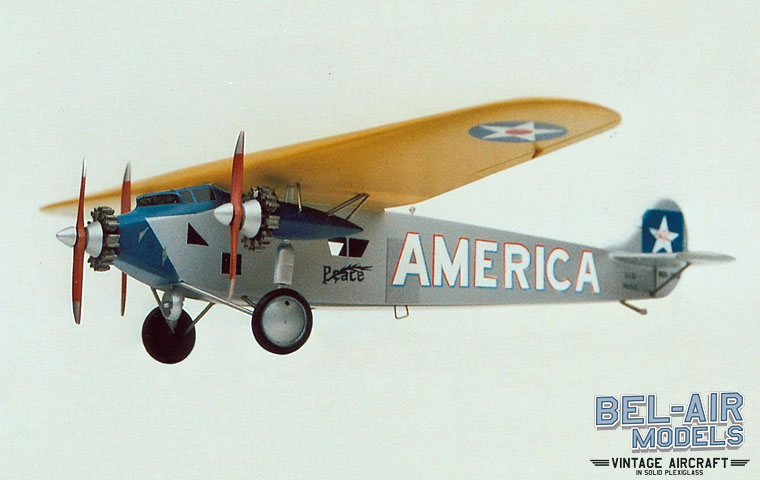