The Netherlands, 1946 - The first type that Fokker developed after World War II was this attractive four-seater, the F-25 Promotor. It had a pusher propeller and twin booms. Expectations were high and Fokker started building twenty aircraft for the Dutch civil market after some changes in the original design. Unfortunately no orders were forthcoming as the market was not yet ready for a sportsplane like this. The Dutch entrepreneur Diepen had to abandon his initial order of 100 F-25�s due to lack of perspectives for his proposed air taxi firm. In the end, problems with the lengthened propeller shaft appeared to be unsolvable and some only actually flew. 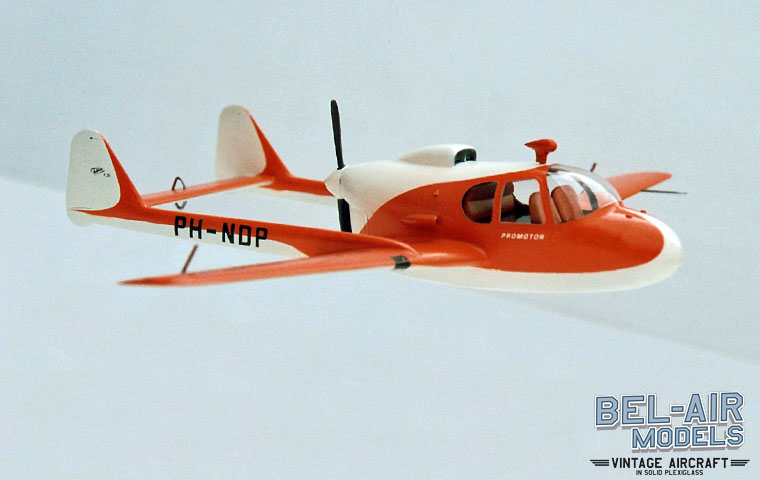