The Netherlands, 1922 - In the design of the F.IV Fokker overestimated the capacity the airlines needed and in the F.V an adapted version was met, with room for 8 passengers and a (projected) toilet. The aircraft was designed as a biplane with a detachable lower wing for higher speeds with smaller loads. Construction difficulties with the lower wing attachment prevented it from being succesful. The one example built was test flown in the Netherlands as H-NABW and saw operational service in Germany with Deruluft as RR13. The model is like the real thing; the lower wing is detachable. 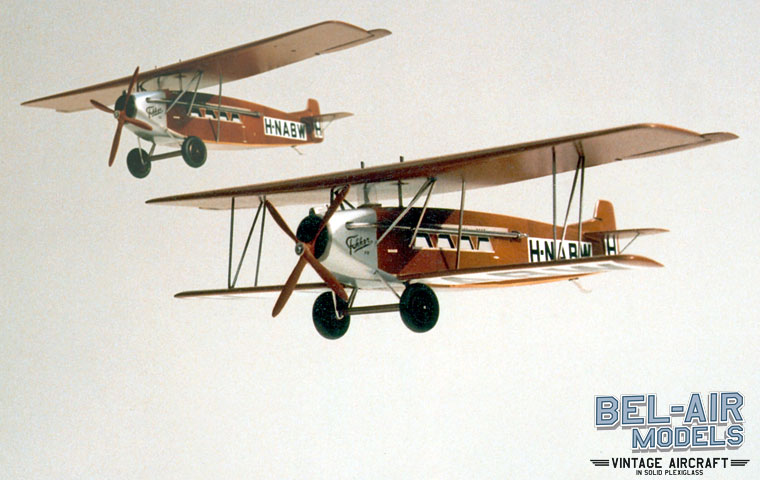