United States of America, 1928 - It was this float version of the Fokker F.VIIb that carried the first woman across the Atlantic. Amelia Earhart made the flight as a passenger. The plane, flown by Wilbur Stultz and Louis Gordon took off from Trespassy Bay, Newfoundland on June 17th, 1928 and landed after a less than 21 hour flight in Burry Port, Wales. The 'Friendship' was the first floatplane to cross the Atlantic Ocean. It seemed to have been destined for fame: christened 'Josphine Ford' it was the first aircraft to reach the North Pole in a 16 hour, 1.535 mile return flight piloted by Floyd Bennett and Richard Byrd in May 1926. For the Atlantic crossing the original F.VIIa/3m was re-equipped with floats, an extended F.VIIb wing and a new windshield. The wooden Hamilton propellers were replaced by the modern metal controllable counterweight props of the same manufacturer. 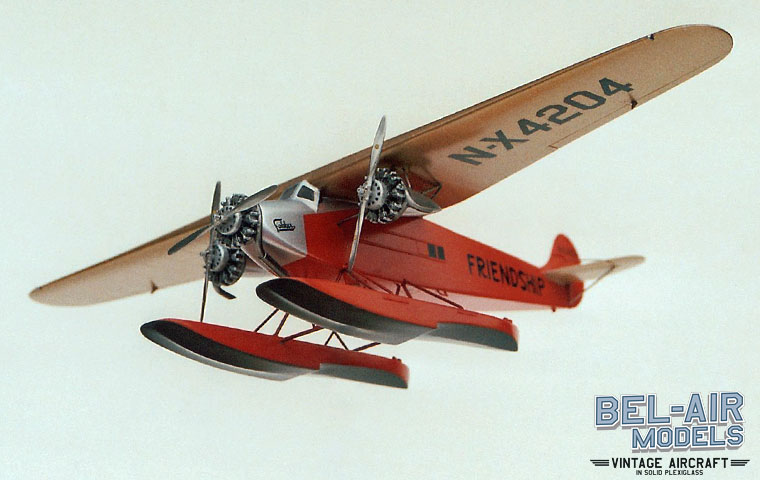