The Netherlands, 1933 - Designed as a follow-up for the F.XII, the F.XX linked its nice lines to bad luck and the type quickly became history. The introduction of the F.XX was a projected record breaking mail flight to the Dutch East Indies in 1933. Engine trouble prevented this flight that was so successfully done a few days later by KLM's 'Pelikaan', an older type Fokker. It was Fokker's first aircraft fitted with a retractable landing gear and oval fuselage sections. Only one was built. It found a disgraceful end in the Spanish Civil War. 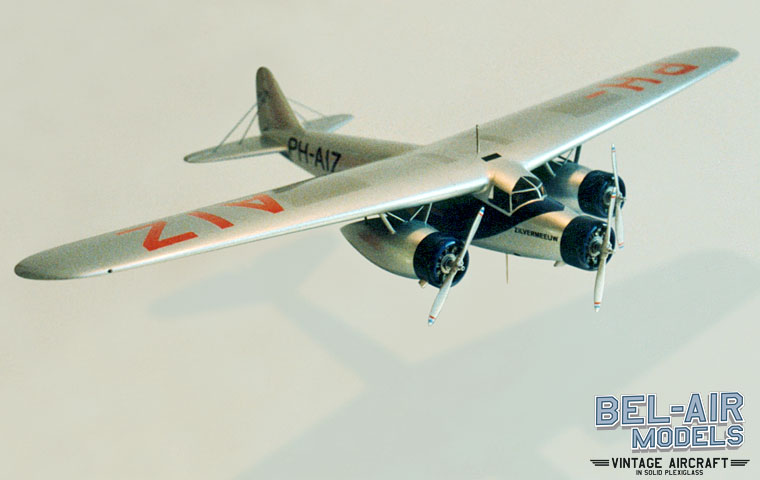