The Netherlands, 1934 - Fokker's biggest pre-war airliner. From 1930 on, in spite of the recession, the perspectives for bigger airliners on longer terms grew and a 32 passenger aircraft was projected by Fokker on instigation of KLM. In the end orders were cancelled; this time because of the birth of a new generation of metal airliners that superseded the wooden Fokkers. The only built F.XXXVI, once introduced proudly as the 'Flying Hotel', ended its career in Scotland and never flew the Far East route for which it was designed. 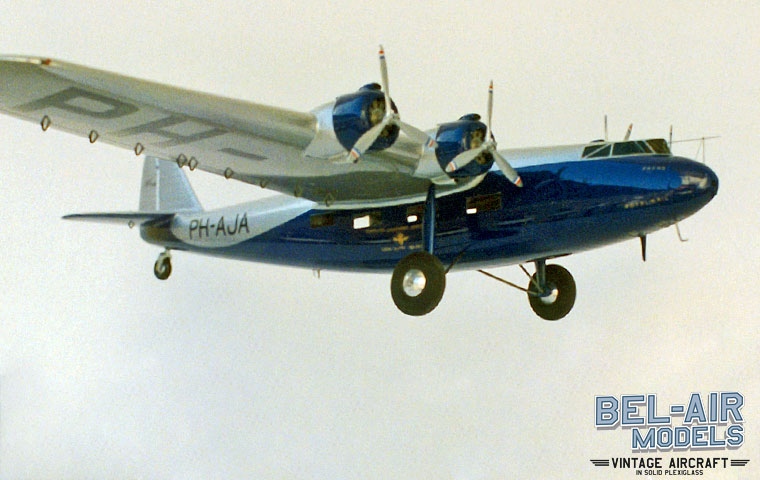