Germany, 1919 - Fokker's first airliner. The prototype was built in Fokker's German factory at Schwerin right after the first world war. The F.II was the first of a long series of types that the factory built for KLM and other airlines. The Grulich version flew for Lufthansa and had a different engine, bigger windshield and single wheels. 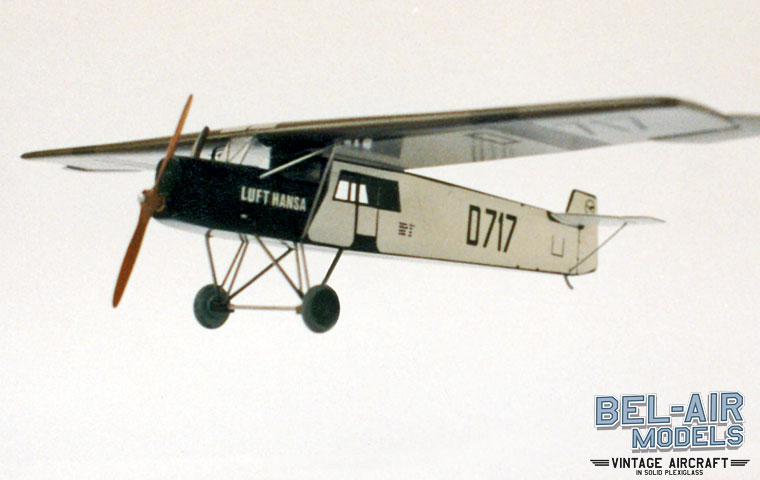