The Netherlands, 1947 - The S-12 was the nose wheel variant of the S-11. The modification was made in 1949 as a necessary training facility for more advanced tricycle types. It was developed at Schiphol with money from the Netherlands Institute for Aircraft Development (NIV). The one prototype was mainly used for research on boundery layer effects. Production facilities were erected for the type in Brazil. Fifty aircraft were built there for the Aeron�utica. Later the S-12 was equiped with a retractable landing gear. The model represents the Dutch (civil) prototype PH-NDC. 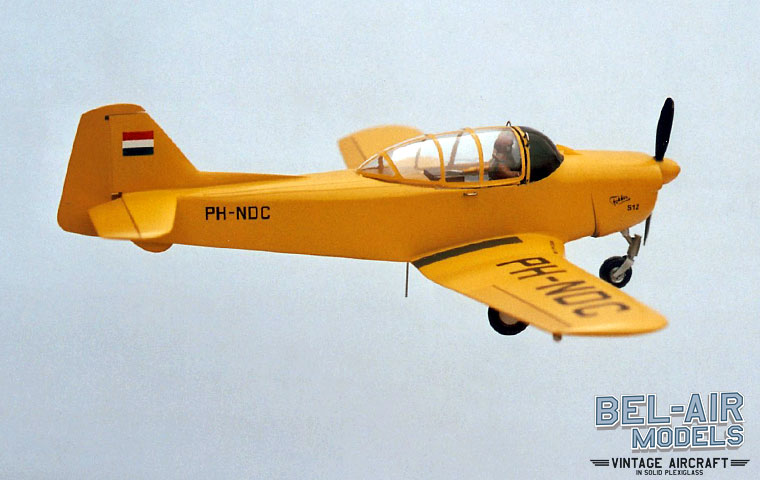