The Netherlands, 1939 - In 1932 Frederick Koolhoven foresaw the potential value of the commercial flying boat and started to give shape to his vision. At the end of the 30's his ideas resulted in a side and front view of an obviously enormous flying boat, projected with four engines driving two big propellers. The design could easily have competed with the flying boats Boeing, Sikorsky and Consolidated had in mind during that short era before the second World War.
As no measurements were given in the design drawings, the size was deducted from several parameters, such as the number of passengers mr. Koolhoven had in mind, the number of windows, etc. Thus it is modeled on the basis of an estimated wingspan of 226.4 feet / 69 metres and called: the OceanLiner. 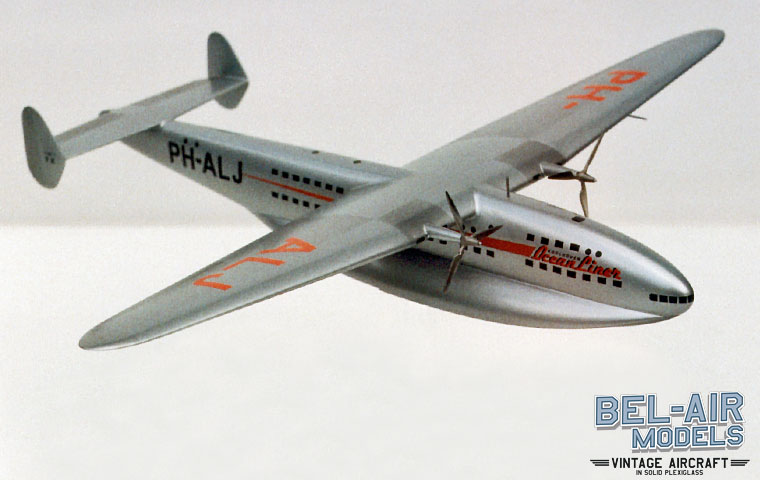