France, 1929 - The Latécoère 28 was an eight passenger airliner/mail plane that initially served the Lignes Aériennes Latécoère, but was later flown by the mail carrier Aéropostale as well. It was a sleek, single engined high wing monoplane that made several noteworthy flights, the most famous of which was Mermoz' with the 'Comte de la Vaulx' in 1930, a float version that had a deeper wing. Together with Dabry and Gimie he crossed the South Atlantic from St. Louis, Senegal to Natal, Brazil and paved the way for Air France's air mail route from Toulouse to Rio de Janeiro. The model is also available in the float version. 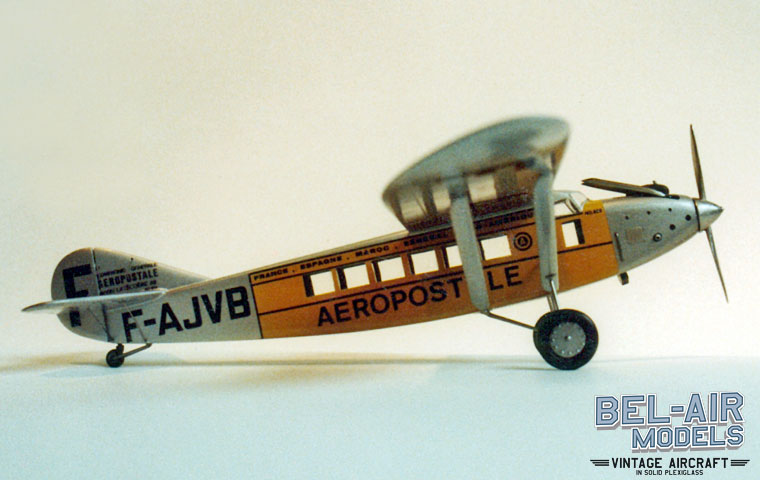