The Netherlands, 1933 - The idea for special mail flights to the Dutch Far East Indies lead to the development of this long distance mail plane of The Netherlands. It was ahead of its time, but failed in a number of respects. Only one was built. It found its tragic end in the McPherson-Robertson Race in 1934, through a miscommunication on Allahabad Airport while taking off. Troubles with engines and landing gear preceded this tragedy on earlier flights of this so beautiful aircraft. 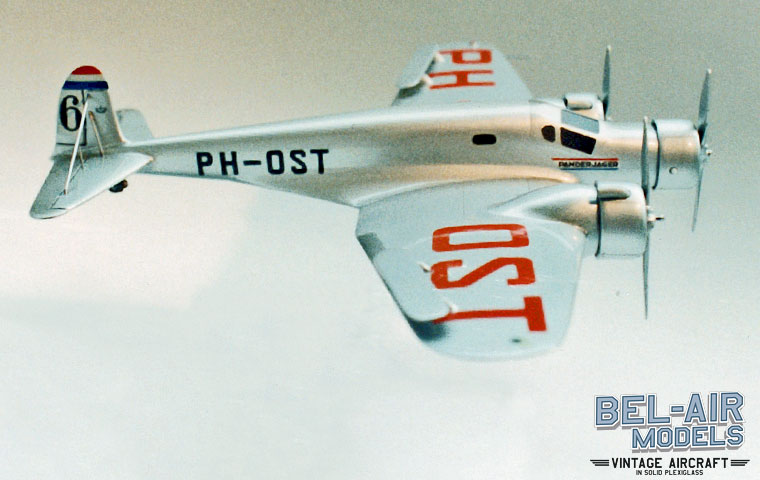