Switzerland, 1961 - The original Pilatus Porter flew for the first time in 1959, equipped with a six cylinder Lycoming engine. The outstanding STOL characteristics made it an instant succes as a general purpose aircraft, both military and civil. From 1961 on the Porters carried turbo props and had as a consequence (center of gravity) a longer nose. The functional looking aircraft has always been very popular with parachutist trainers. In the U.S.A. it was licence built as the Fairchild Peacemaker and served with the U.S.A.F. It flew in many countries. The model shown represents the PH-MEN of Paracentrum Texel, The Netherlands, as it flew its many missions as a parachutist trainer for would-be skydivers from all over Europe during the 80's. 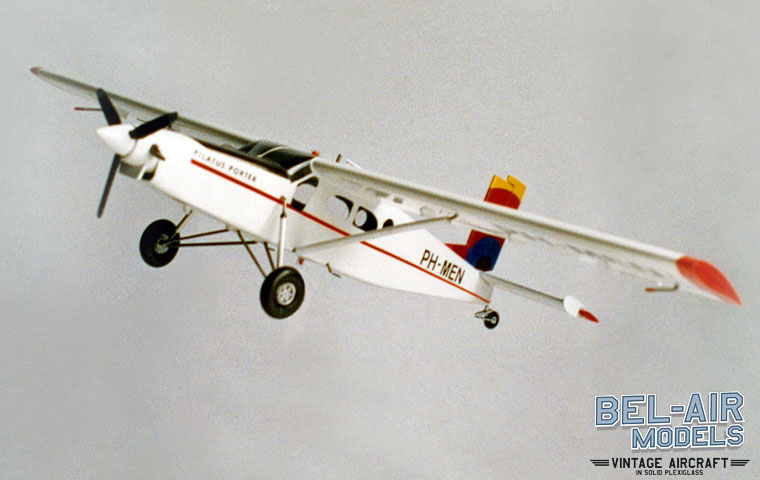