France, 1935 - Derived from a bomber, the rectangular body shape was drastically adapted for the passenger version. The fuselage was contoured to reproduce that of an aerofoil. Together with the 'hanging' cockpit side window the Potez 62 was one of those characteristic prewar airliners. It had two cabins with large windows for six and eight passengers respectively. The model represents the radial engined first version, as it flew on the Paris-Madrid/Marseille/Rome route. In the second half of the 30's the modified Potez 62's flew on the South American and Far Eastern routes as well. The type flew until the outbreak of World War Two. 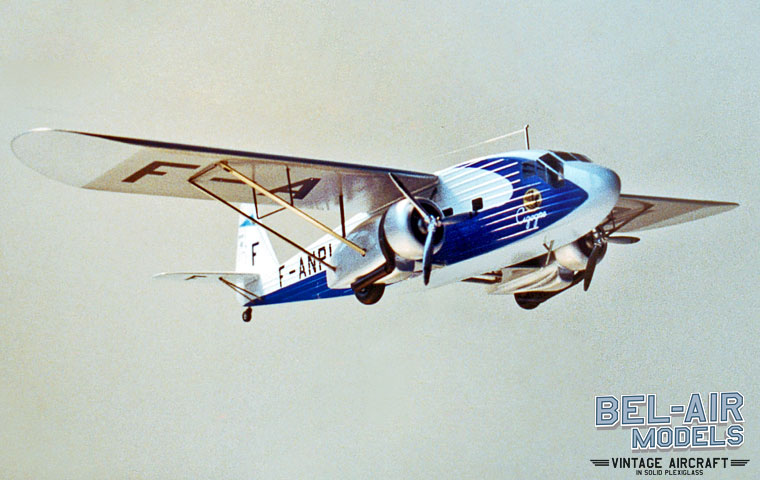