Italy, 1934 - During the decade before World War II a fleet of at least twenty-three outstanding S.66 flying boats connected the countries of the Mediterranean. The beautiful three engined successor of the S.55X served a number of Italian companies such as AEI and SAM before they were absorbed by Ala Littoria. The aircraft could carry up to eighteen passengers in the two large cabin floats. It was widely shown in the popular images of those years, with its special personality and poetic registrations. Some of the remaining S.66's found a wartime role as rescue aircraft. 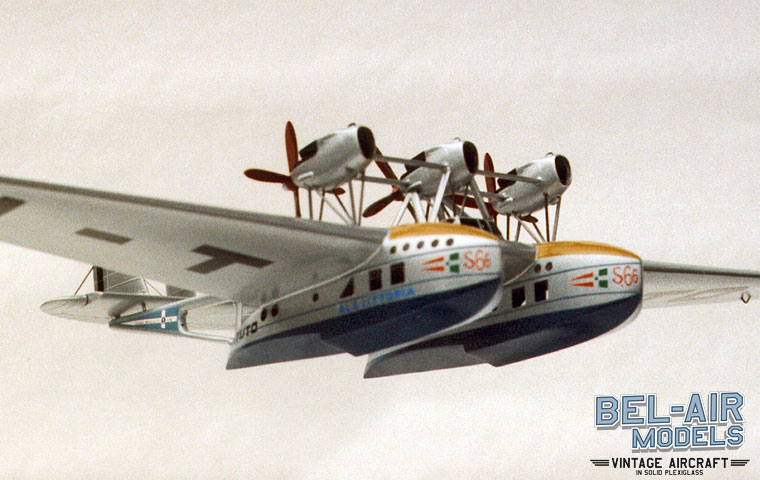