United States of America, 1933 - In the mid-thirties the ever expanding Pan American Airways, seeking ways to connect the coasts of America and Asia, started to order big flying boats. Designs were submitted by Sikorsky and later Martin. Although the S-42 didn't satisfy Panam's range specifications, the aircraft was ordered nevertheless, mainly because of the outstanding recordbreaking qualities it showed on its initial flights. The Sikorsky boat was mainly used on the Latin American routes, but saw action in the Pacific too. On January 11th, 1938 Panam's famous chief pilot Captain Ed Musick, a true pioneer of the Pacific routes, piloted the S-42B 'Samoan Clipper' when it crashed so tragically near the Samoa coast while preparing for an emergency landing. 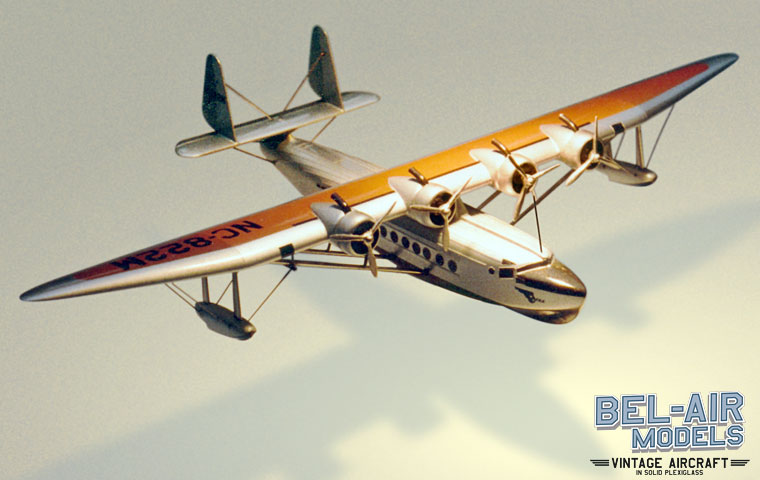