United States of America, 1933 - Built structurally like the Stinson Trimotor 6000, the Model A was a very characteristic aircraft. At the time of the oncoming twin engined metal airliners, the fabric covered three engined Stinsons seemed a bit outdated, but it was a fast and nice aircraft of modest quality that flew mainly with Delta, Central and American Airlines. 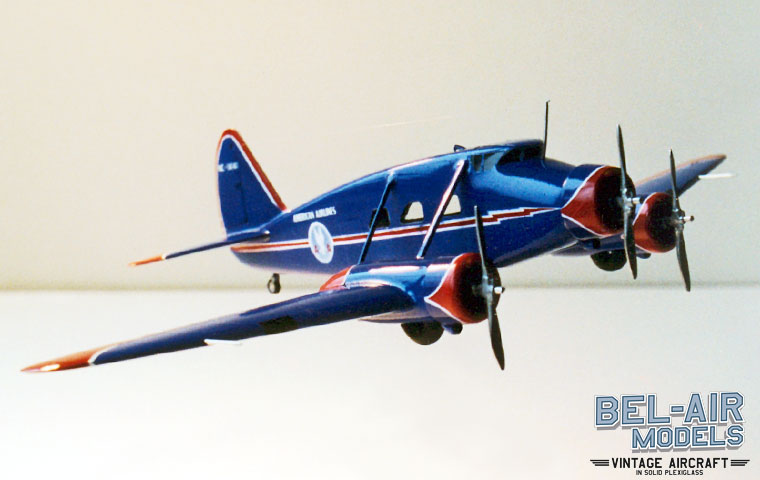