Union of Soviet Socialist Republics, 1931 - With a span of 133 feet (40 meters) the five engined ANT-14 was the real 'Jumbo' of its time. It should carry 36 passengers and a crew of 6 over the long distances of the vast U.S.S.R. territory. The machine was proposed by an enthusiast Tupolev, but only one was built. It was soon retired from the air routes as it was found too big for commercial use. The after all legendary aircraft owed its fame to the role it played in the Soviet propaganda machine as the flagship of the Maxim Gorky squadron. As such it took about 40.000 Soviet citizens aloft, bearing the sponsor's name 'Pravda' beside the cockpit. It flew until 1941. Its fuselage ended as a cinema in Moscow during the rest of the war. 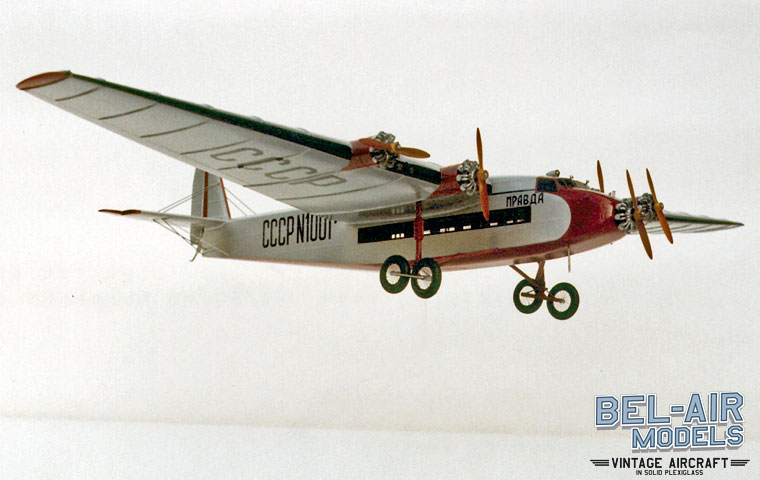