United Kingdom, 1930 - Just like the Fokkers of the late 20's, the twelve passenger Viastra was a typical representative of the half way stage designs between the biplane and the cantilever low wing monoplane. It was meant to compete with the surface transport in less well devoloped territories and was kept simple in construction and maintenance. Western Australian Airways used the type on their Perth-Adelaide route; popular and cheap, but not at all satisfactory to the airline as no engines were found to cope with the desert conditions for longer periods of flying. The last of the Australian Viastra II's flew until 1936. 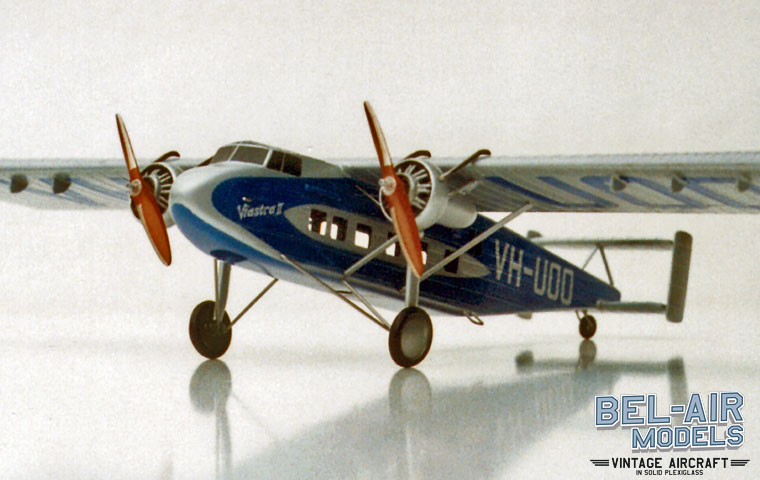