Germany, 1922 - The Wal is considered as the first real succes of the Dornier flying boats and possibly of all flying boats constructed from the 1920's on. It became world famous because of its all metal construction and a large number of record flights. The robust flying boat with two engines in tandem on top of the wing centre section could fly long distances. Famous Wal flights include Amundsen's 1925 North Pole expedition, the 1926 and 1927 South Atlantic raids of Franco's "Plus Ultra" and Sarmento de Beires' "Argus" and Von Gronau's 1930 Atlantic crossing to New York. The Wal served both civil and military duties. Many subtypes were constructed. In 1925 the Dutch government decided to choose the type for their long distance operations in the East-Indies. By that time it had proven to be a reliable flying boat. For the tropical conditions the metal construction was considered a big advantage over the competiting wooden flying boats. The model represents one of the Wals built in licence by the Dutch Aviolanda factory. 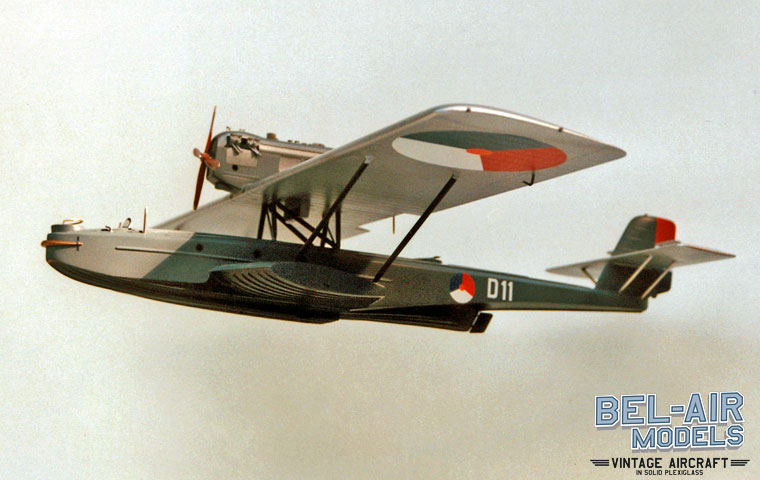