The Netherlands, 1951 - After WWII the Netherlands (and NATO) were in need of a universal training aircraft. Fokker designed the S.13 to international specifications. The elegant plane was a real crew trainer to be used for advanced pilot training, navigation, bomb aiming, radio telegraphy, observation and gunning purposes. Only one prototype was finished in 1951, the year that the Marshall aid changed into the Mutual Security Plan. The initial economic aid became military aid so that the Americans could offer their Beech 18 trainers to the Dutch government at the cost of Holland’s own Fokker S.13. The aircraft flew until June 1961 and served several general duties under one military and two civil registrations. It ended its operational life as a target tug. 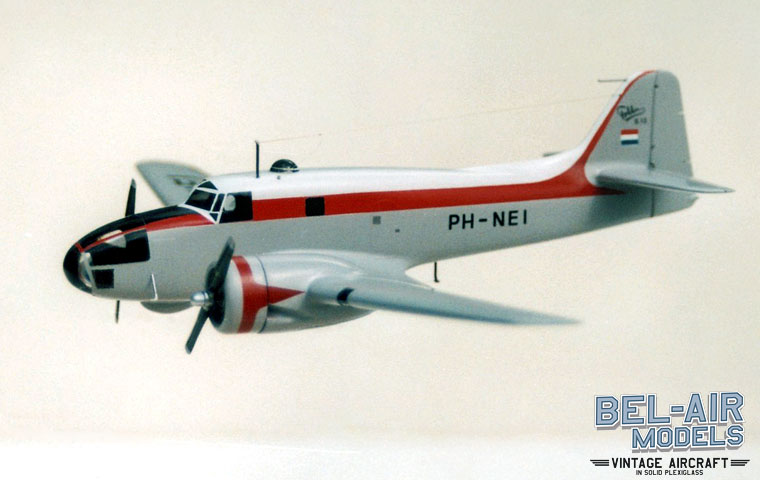