The Netherlands, 1931 - In 1931 the Dutch Army Air Force expressed the need for an air ambulance. The side-by-side cockpit layout of the S.II trainer made it suitable for this purpose and the type was redesigned by enclosing the gap between the fuselage upper part and upper wing with perspex panels. In this way it could carry a patient (on a stretcher), a doctor or nurse and the pilot. It served the authorities well during the cold 1933 winter when a number of patients were ferried from the coastal islands to the Dutch main land. During its short lived carreer a number of alterations were made. The model shows a late version with the Siddeley 'Lynx' radial and the fin-rudder configuration. 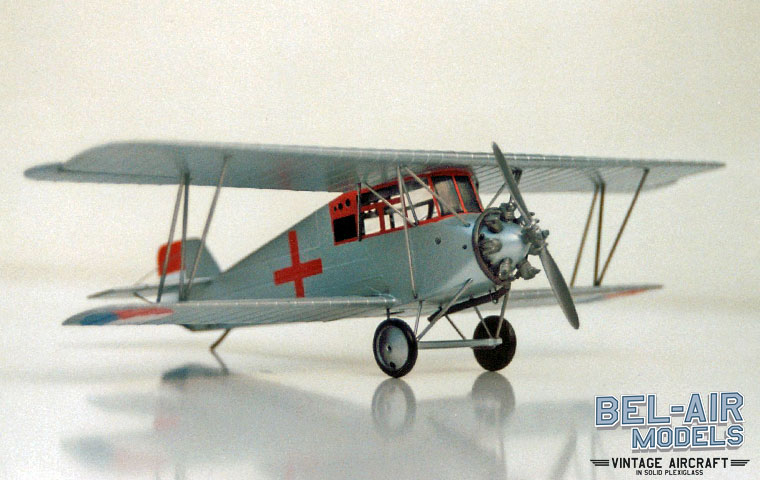