United Kingdom, 1914 - The Short 184 was the first aircraft to sink a ship with a torpedo in 1915. Yet, the performance with a 365 kg torpedo was only marginal. For the rest of WWI and later, the 900 built were mainly used in other roles. One flew a reconnaissance mission in the Battle of Jutland, other operated from the carrier HMS Furious with wheeled landing gear. The model represents the Short 184 that made an emergency landing in 1917 near Den Helder, The Netherlands and subsequently became interned. 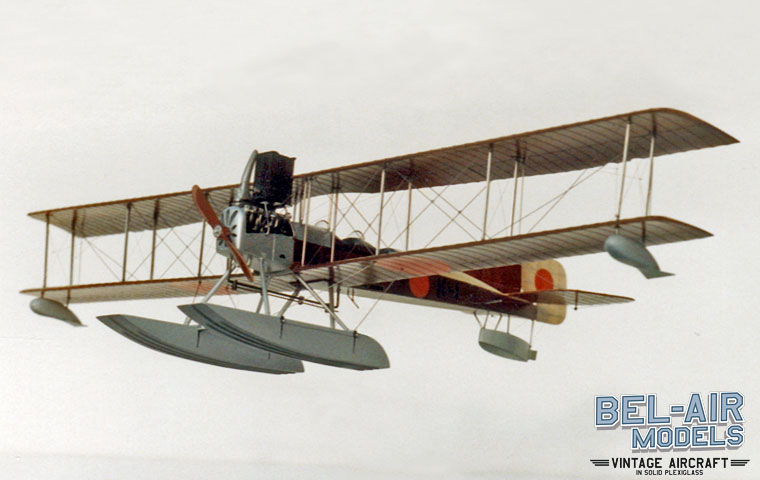