France, 1952 - In 1951 Air France ordered a revised version of the already built cargoplane Breguet 761 Deux Ponts for their transmediterranean routes. The design originated in 1944, but did not fly until 1949. The vast Provence had two decks - the upper for 59 and the lower for 48 passengers - and could be adapted as a mixed cargo/passenger aircraft. The initially used Gnome-Rhône 14R radials were abandoned in favour of the more reliable and powerful Pratt & Whitney R-2800's. A total of twelve Provences were ordered by Air France, but only six were in regular service in Europe and Africa. The last Breguet 763 still flew in 1971. 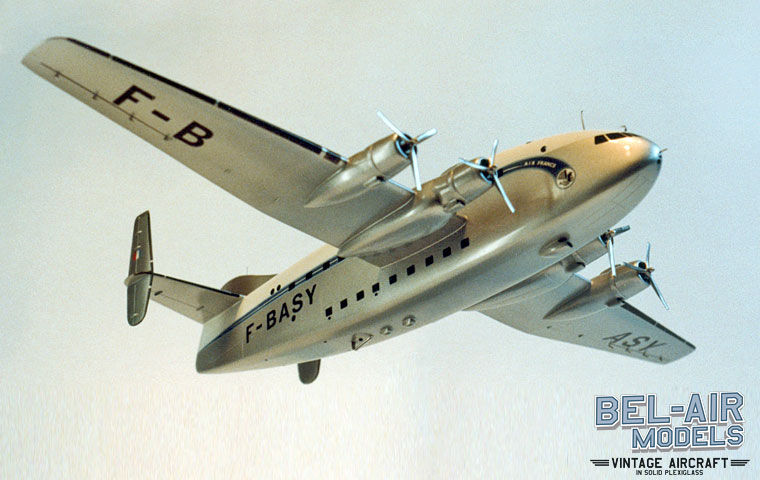