The Netherlands, 1935 - Introduced later than its bigger sister the F.XXXVI, the F.XXII was the last Fokker airliner to appear before the Second World War. It was designed on instigation of the Swedish ABA. KLM needed a replacement for its F.XVIII and joined in. Four were built, three of which for the KLM. The last one was scrapped in 1953, after a career in the U.K. 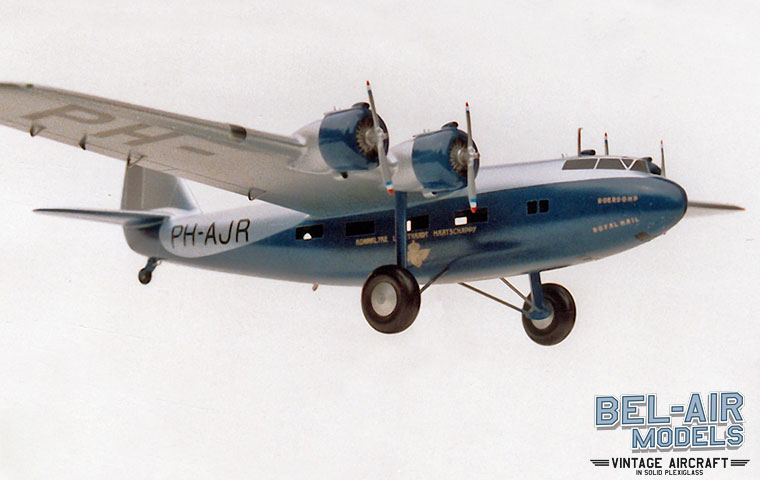