The Netherlands, 1946 - The P-1 Partner would have been a pretty little sportsplane for two if Fokker had decided to build it. It was presented as a model at the Salon de l�Aeronautique in Paris in 1946, together with the F-26 Phantom project. The design was abandoned in favour of the F-25 four-seater of comparable configuration. It would have had a span of 10m (32,8 feet) and the maximum speed was estimated at 180 km/u (112 mph). It had one remarkable feature: the complete nose with canopy could be tilted forward to allow easy acces for pilot and passenger. 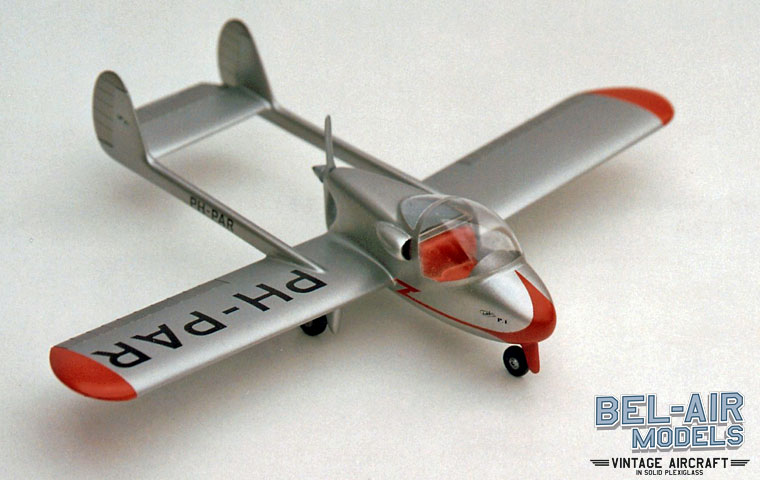