Italy, 1933 - The first S.55 appeared as a torpedo plane in 1923; a logic, but original design for an aircraft with that function. A further development was the civil S.55X that became world famous by the squadron flights across the North and South Atlantic, for the first time in 1927. At the end of 1930 fourteen S.55X's, commanded by Italo Balbo, flew from Orbetello, Italy to Rio de Janeiro, Brazil, a distance of more than 6450 miles. Another S.55X squadron flight, also led by Balbo was made in 1933: Rome-New York-Rome. The model represents Balbo's personal aircraft on the 1933 flight. 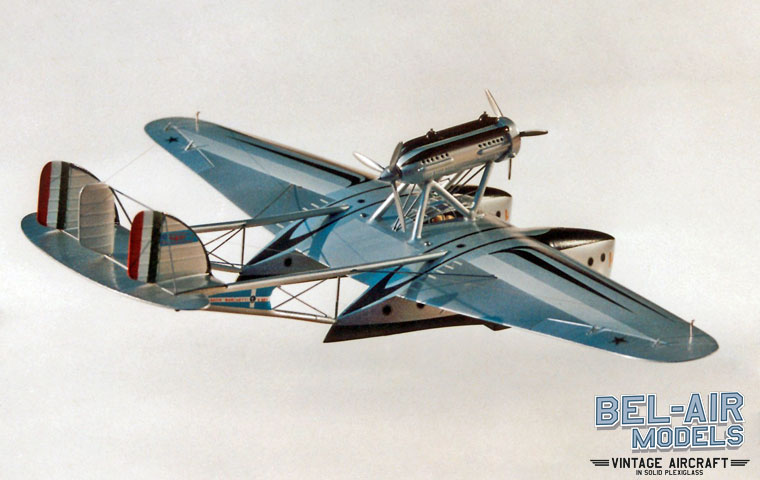