Italy, 1934 - The S.74 was the first four engined aircraft of the SIAI-Marchetti firm. The type served Ala Littoria for a long time on its Rome-Marseille-Lyon-Paris and Rome-Brindisi routes. The aircraft was praised for its achievements (a world record on its first flight, a very good climber) and its roomy interior with oxygen masks for the high altitudes over the Alps! Only three examples were constructed however. They were transformed into troop ships during World War Two and served in Northern Africa. The last of these peculiar and characteristic giants flew until July 1943. 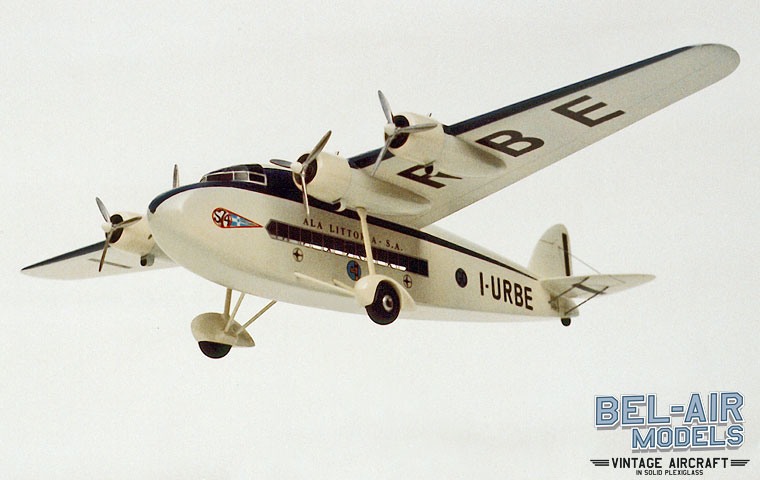