France, 1945 - Originally designed before the war as the Bloch MB-161, parallel with the MB-162 bomber, the ultimate 33 passenger Languedoc (further developed by the Sud Est factory in Toulouse) flew for the first time in 1945. It was one of those very much needed airliners just after the war and was ordered by many companies, including Iberia, LOT and Tunis Air. A hundred Languedocs were made, many of which were troubled by the malfunctioning supercharged Gnome-Rhône engines, that were said to be to complicated. The Languedoc was succesfully used as the mother aircraft for the tests with the Leduc ramjet research aircraft in the early 50's. The model can be ordered in that configuration as well. 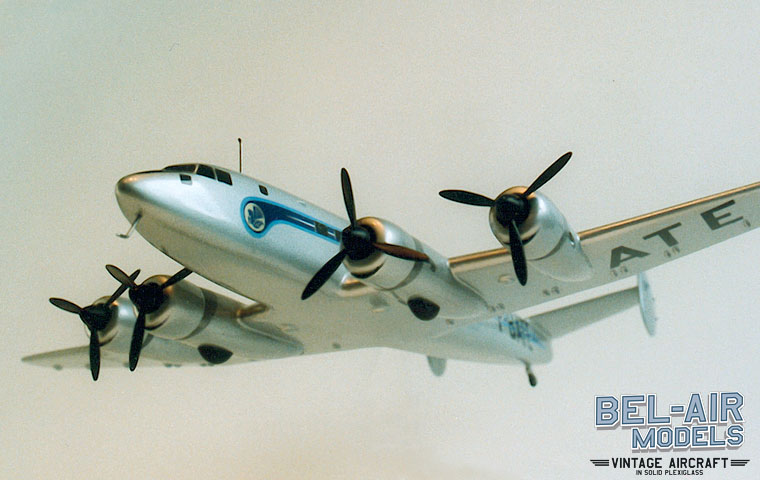