France, 1934 - Around the year 1930 the first versions of this well known French aircraft appeared as model 281T; an allround airliner for short and medium distances. It was fast and luxurious; strong and trustworthy. The design was modern: low cantilever wing, all metal. Initially flown by CIDNA and Air Union, the Wibaults ended their service at Air France in 1938, having served mainly on the European Paris-Prague-Istanbul and Paris-London routes. The model represents the latest, spatted and cowled version: the best looking of all. 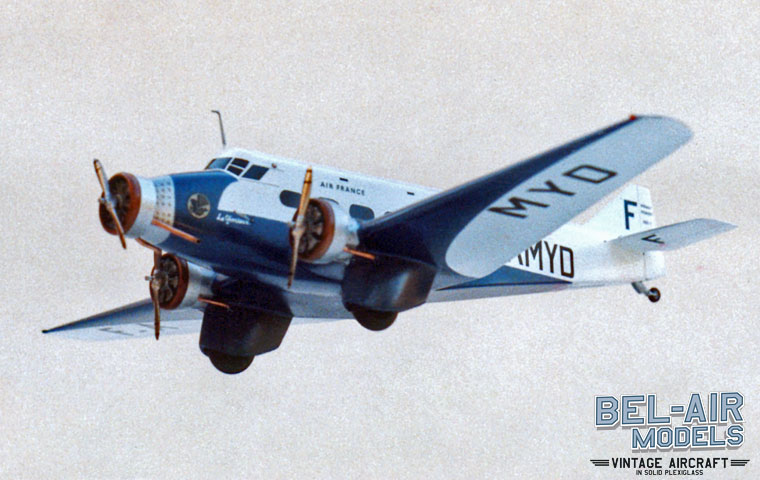