The Netherlands, 1935 - The Koolhoven F.K.51 turned out to be the winning type in the contest for a new advanced trainer for the Dutch Army Air Force in 1935. Initially ten were ordered, but the aircraft was succesful and eventually a total of 145 airframes left the Waalhaven factory. Many of them were sold to the Spanish Nationalists in spite of the military equipment embargo at the time and flown to Paris as 'civil trainers'. The type was used by the Dutch Army and Navy in The Netherlands and in the Dutch East Indies. It was the most successful design of the Koolhoven factory. The model depicts the second production version with the straight fin. 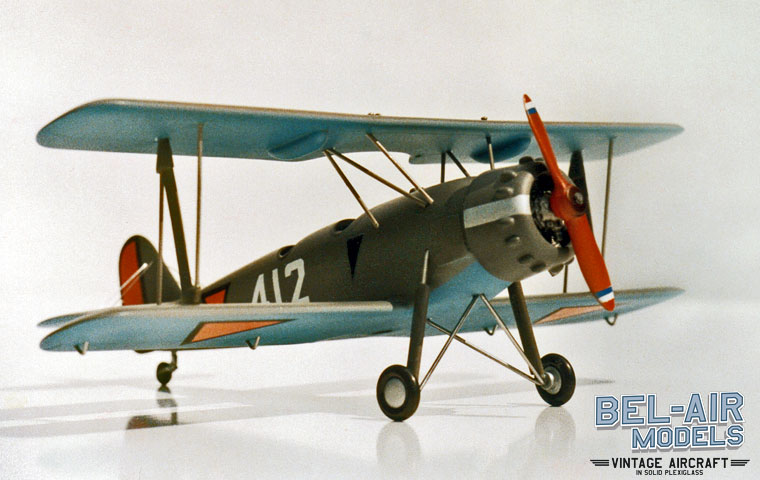